We have come to this Rock, to record here our homage for our Pilgrim Fathers; our sympathy in their sufferings; our gratitude for their labours; our admiration of their virtues; our veneration for their piety; and our attachment to those principles of civil and religious liberty, which they encountered the dangers of the ocean, the storms of heaven, the violence of savages, disease, exile, and famine, to enjoy and establish. ”
Daniel Webster, 1820 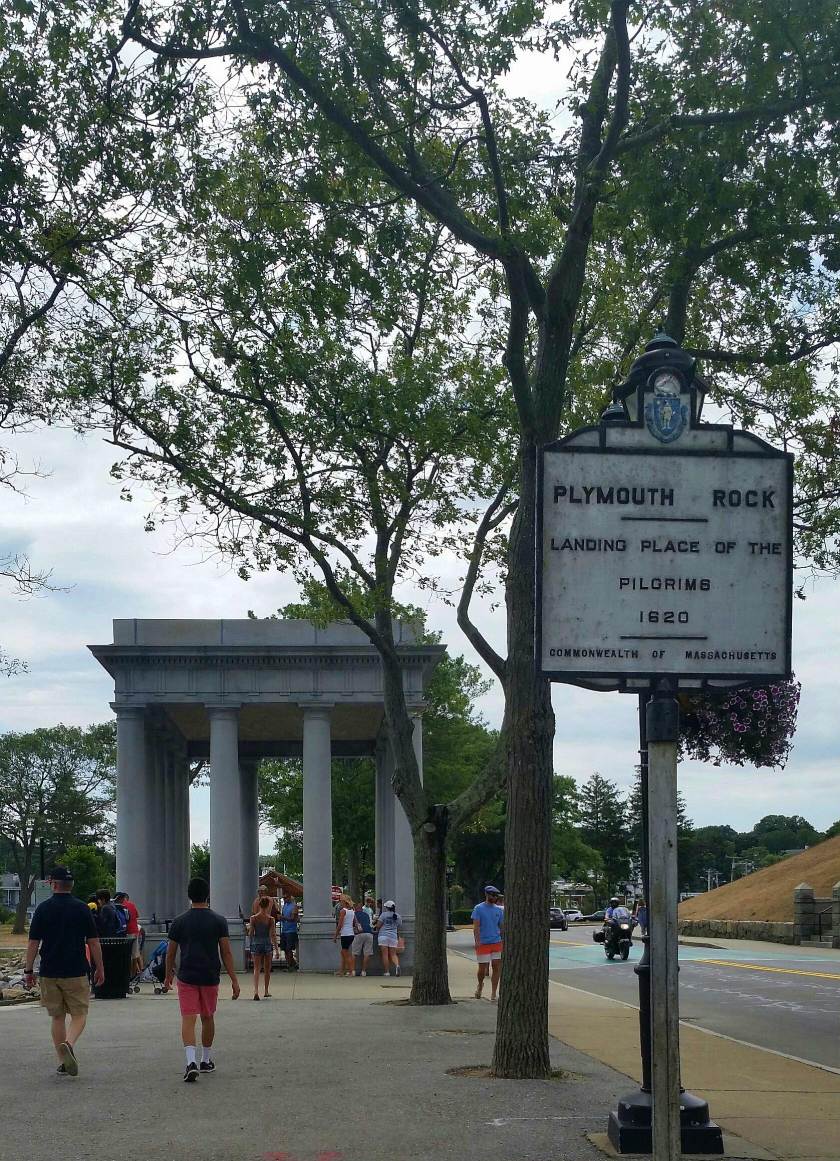 We spent a lovely day in Plymouth Massachusetts last weekend,  visiting the wharf  where Plymouth Rock and a replica of the MayFlower Ship resides.   I wondered if this rock, protected by roof and fence, could really be the one  on which Pilgrims set foot in 1620.  It turns out, that while the specific rock was not documented in the Pilgram’s generation,  maybe finding food and creating shelter was more important at the time,   the identity and location of the rock was passed down from  father to son (according to The History of the Town of Plymouth by James Thatcher, 1835).   What we see today is really a portion (estimated to be less then half) of the same rock from Plymouth history.  Wow!

So,  lets take a minute to be grateful  and admire the Pilgrim’s many sacrifices.  Their voyage and life in the New World was beyond difficult and as you may remember more then half died by the end of their first winter. 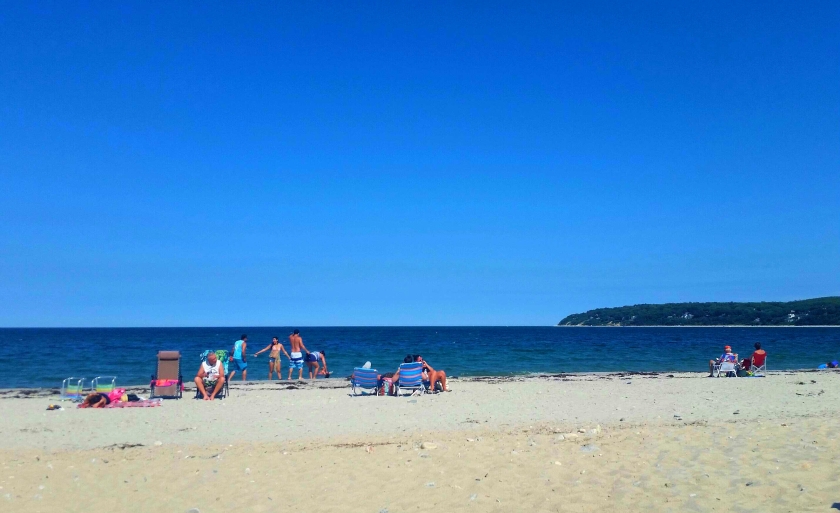 Now back to our day,  we ate lunch at the Lobster Hut a casual  counter service style restaurant at  Town Wharf.  I enjoyed the fried haddock, which was lightly battered, well seasoned and very crisp.  My husband and son had lobster rolls, which were acceptable, and onion rings,  which unfortunately  were greasy.  We still recommend the restaurant for the menu items they did  well, nice customer service and beautiful views of the Atlantic Ocean.  The day ended with a walk down Long Beach,  a bit of sand five minutes from the wharf in the direction of the Plymouth Plantation.    At low tide the rocky strip  was not impressive, but once the tide went out  there was enough sandy beach to walk a long stretch.

As I said it was a lovely day trip and well worth the time.  I hope you are making some time for fun this summer and encourage you to find something for which  to give thanks.

I am a Christian wife and mother sharing my cooking, creativity, and stories. Encouraged by the poem “The Hand that Rocks the Cradle rules the world”, by William Ross Wallace, I hope this blog encourages you. View All Posts

One thought on “Plymouth – the Town & Rock”